English author Alice Oseman’s comic book ‘Heartstopper,’ which tells the love and life of two men and was published in Turkish, was declared obscene publication based on a decision by Obscene Publications Board under the Ministry of Family and Social Services Protection of Minors 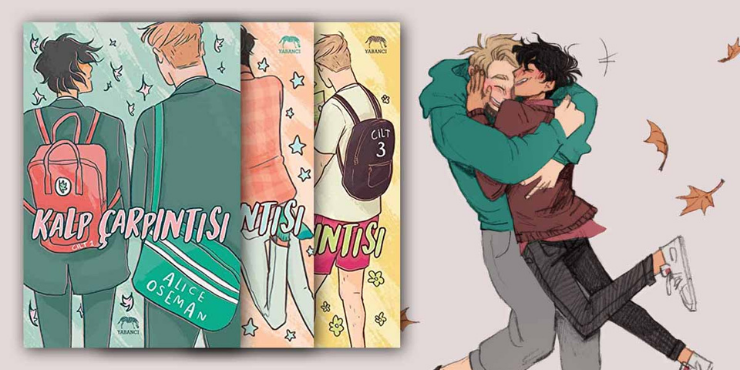 English author Alice Oseman’s comic book Heartstopper, which depicts the love of two men and was published in Turkish in the past months, was declared as an obscene publication based on a decision by Obscene Publications Board under the Ministry of Family and Social Services Protection of Minors.

Last month, the Istanbul Anadolu Office of Public Prosecutor launched an ex-officio investigation about Alice Oseman’s comic book, Heartstopper, which depicts the story of the love between two men and was published in Turkish with the translation of Ömer Tellan from Yabancı Publishing.

According to the decision published in the Official Gazette this morning by Obscene Publications Board under the Ministry of Family and Social Services Protection of Minors, it was decided that “some of the articles in the two-volume book, which was examined ex-officio by the Board, are of a harmful nature to have damaging effects on the morale of those under the age of 18.” The Board unanimously decided that the book in question would be subject to the limitations in Article 4 of Law No. 1117, as amended by Law No. 3266.

Just after the books were published in June 2021, the Istanbul Anadolu Office of Public Prosecutor Press Crimes Investigation Bureau examined the book and found that “the book depicts high school children, the two men in the book are inclined towards homosexuality, they exchange obscene moments, and there is no age restriction indicated on the book cover.” Upon these findings, the Istanbul Anadolu Office of Chief Public Prosecutor launched an investigation against the publishing house for the crime of ‘obscenity.’ It was decided to take the statement of the publisher as a suspect within the scope of the investigation. An expert report on whether the book in question is suitable for children was also requested from the Protection of Minors from Obscene Publications Board. In this process, the book sale in D&R and İdefix owned by Turkuvaz Kitap, and also in Kitapyurdu was stopped.

Yabancı Publishing made a declaration about the recent development on their Instagram account  to which Alice Oseman made a commentary: “I’m so sorry this has happened. Sending so much love and courage to all LGBTQ+ people in Turkey. Thank you to @yabanciyayinlari for continuing to support the series despite such homophobic/transphobic censorship. Love is love.”