An investigation was initiated about the latest novel of writer Orhan Pamuk, “Nights of Plague” with the allegation that it was “insulting Mustafa Kemal Atatürk and the Turkish Flag” and it was “inciting people to hatred.” When the file, which was given a nolle, returned from the Criminal Court of Peace, the prosecution re-started the investigation based on the same grounds 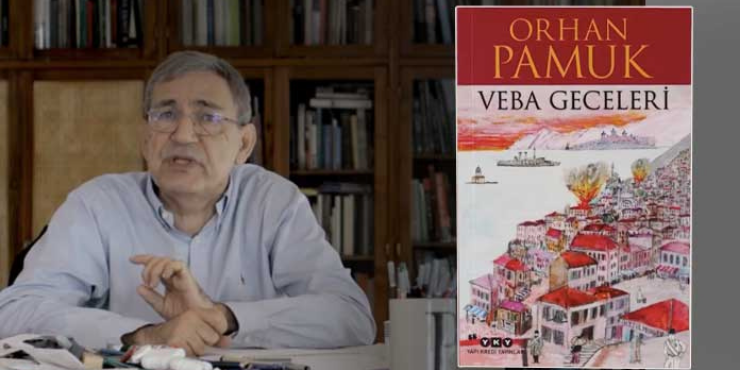 Tarcan Ülük, an attorney of İzmir Bar, applied to İzmir Chief Public Prosecutor’s Office and filed an allegation against Orhan Pamuk and his book “Nights of Plague.” In his complaint letter, Ülük said that the book Nights of Plague written by Orhan Pamuk “insulted Mustafa Kemal Atatürk” and “incited hatred.” Ülük added a statement made by Pamuk to a Swiss newspaper at the time Pamuk won the Nobel prize. İzmir Chief Public Prosecutor’s Office initiated an investigation after this statement.

Giving a deposition to the office after the complaint, Orhan Pamuk said, “I did not write anything in my book that implied Mustafa Kemal Atatürk.  There is no expression that implies that the character in the book, Chief Captain Kamil was chasing crows when he was young. I always focus on crows as a special hobby of mine. I have such an interest because I was small when I was young and was called as a crow by my family. Turkish Flag has got nothing to do with the Greek pharmacy logo. I do not accept the allegations.” And he refused all the allegations.

According to the news of TELE 1, the prosecutor’s office in their investigation concluded that the book does not contain any direct defamation against Atatürk and the character in the novel was described as a person loved by the folks and the file was dropped due to lack of grounds for legal action. However, attorney Tarcan Ülük objected to this decision of the prosecutor’s office. Investigating the objection, the Criminal Court of Peace concluded that the book included some defamatory expressions that could be deemed as “defamation” in some parts of the book and therefore, the writer Orhan Pamuk should be put on trial in this respect. The Magistracy noted that the collected evidence should be re-examined by the prosecutor’s office and accepted the objection of the complainant .