Describing sexual assault in his children’s book, Musa Dinç has been investigated and arrested 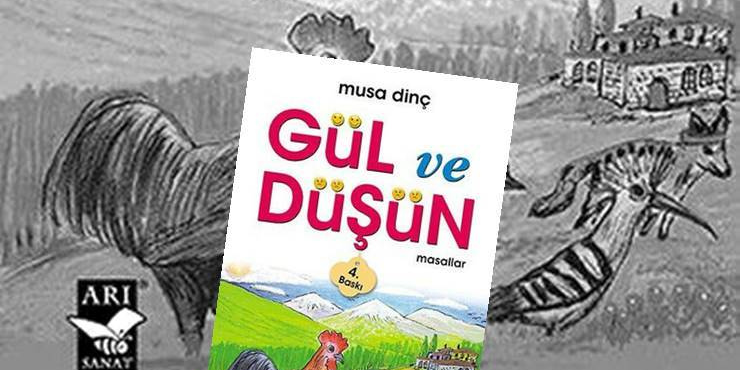 Musa Dinç, who used expressions to describe sexual assault in his children’s book Gül ve Düşün (Smile and Think), was arrested as part of an investigation launched by Didim Chief Public Prosecutor’s Office.

On Friday August 28, he was detained from his home in Aydın and later referred to the courthouse after the relevant procedures were completed at the police station. Having been arrested on charge of publishing obscene literature pertaining to the body of children, animals or dead bodies of humans, Musa Dinç said, “All hell broke loose over a fairy tale. You should first concern yourselves with thieves and perverts. I offer my apologies to society if its morality has been damaged due to a fairy tale.” The publisher announced that the book had been taken off the shelves.

After several social media users posted about the expressions used in the book, the Council for the Protection of Minors from Malpractice under the Ministry of Family, Labour and Social Services, announced on August 26 that it had launched a review of the book.

The Ministry of Education, which was criticized because the book was available in public libraries, said, “the Ministry of Education only approves the textbooks within its own mandate. The content in question falls in the category of ‘storybooks’, on which our ministry has no mandate for publication and control”.

What does İlhan Sami Çomak want? (1)