Selim Çürükkaya’s book named “Dr. Said: We Lost the Lock of the Mountains” was banned by the decision of the Istanbul 2nd Criminal Court of First Instance. The book is about the life of the peshmerga commander. 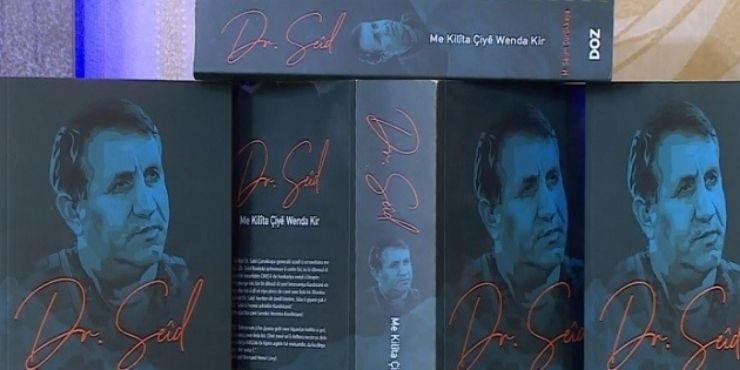 With the request of the Istanbul 2nd Criminal Court of First Instance, it was decided to ban the book titled Dr. Said: Dağların Kilidini Kaybettik (Dr. Said: We Lost the Lock of the Mountains), which tells about Said Çürükkaya’s life, and to recall it from the market. It is also stated that the author of the book, Selim Çürükkaya, and Doz Yayınları (Doz Publications) will also be sued.

The novel, written by the brother of the peshmerga commander Said Çürükkaya, has been published on October 23, 2020. The novel tells about the history and culture of the region, along with the family’s three-generation past.

The book Dr. Said: Dağların Kilidini Kaybettik (Dr. Said: We Lost the Lock of the Mountains) written in Turkish is translated into Kurmanji and published in this language. In an interview held with him in October 2020, Çürükkaya stated that the English translation of the book was completed, the French translation was about to be completed, and Arabic and Sorani translations would be prepared following these. According to a news published by the news website Ufkumuz; Köroğlu Karaaslan, Editor-in-Chief of Doz Yayınları (Doz Publications) was fined a total of 40 thousand Turkish liras, 20 thousand each for the Kurmanji and Turkish editions of the book.