In the lawsuit filed for the annulment of the decision to ban the Kurdish play called “Bêrû”, the Governorate of Gaziosmanpaşa District defended the ban decision with in the letter that they sent 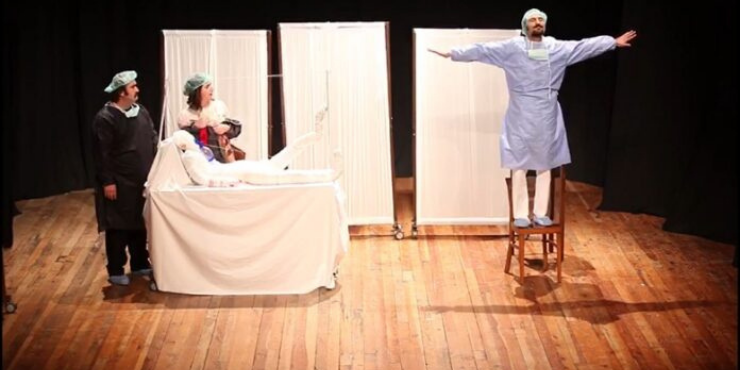 The hearing of the lawsuit filed against the decision of the Governorate of Gaziosmanpaşa District that banned the Kurdish play Bêrû, was held.

The play Bêrû: Klakson Borîzan û Birt (Faceless: Klaxon, Horns and Birts), staged by Teatra Jiyana Nû (New Life Theatre), was banned indefinitely by the decision of the governorate of the district, hours before it was staged at the Gaziosmanpaşa Stage of İstanbul Metropolitan Municipality (İBB) City Theaters on October 13, 2020.

Attorney Zelal Pelin Doğan attended the hearing on behalf of the theatre, the Governorate of Gaziosmanpaşa did not attend the hearing. Doğan stated: “The play in question is banned indefinitely. My client is a citizen who would like to see the play. An indefinite ban is unlawful in terms of form and purpose. Likewise, a theater group was subjected to a similar practice in 1999. The European Court of Human Rights has also ruled that there has been a violation in the ‘Ulusoy and others Turkey decision’.”

THE GOVERNORATE STOOD BEHIND THE DECISION

In the letter sent to the court, the Governorate of Gaziosmanpaşa District defended its decision on the banning the play, and stated, “Since it is considered that the play may disrupt the general public order, to ensure peace and security, inviolability and immunity, public welfare and safety within the borders of our district, it has been decided that the play named BERU: KLAXON HORN BIRT of the aforementioned private theater named Teatra Jiyana Nû should be banned in all open/closed areas within the borders of our Gaziosmanpaşa district indefinitely in line with the provisions of Article 32/ç of the Provincial Administration Law No. 5442 and Article 17 of the Law on Demonstrations and Meetings Law No. 2911.”

The letter of the governorate of district also stated that a criminal complaint was filed against the Teatra Jiyana Nû theater group “in the light of the information obtained”, and noted that a judicial investigation was opened by the Istanbul Chief Public Prosecutor’s Office on the charge of “making propaganda for a terrorist organization”.

In the news prepared by bianet, it was stated that the court committee will announce its decision about the file in the coming months.

After the play was banned, one of the actors, Ömer Şahin, filed a lawsuit for a stay of execution before the Istanbul 10th Administrative Court through his lawyers.

In his statement to bianet, attorney Ramazan Demir stated that they would take the case to the Constitutional Court and then to the European Court of Human Rights, according to the unfavorable decision of the local courts.

Ömer Şahin also demanded “10,000,00 TL non-pecuniary compensation for material and moral losses of 5,000,00 TL due to loss of earnings and job”.

You can visit our related links for retrospective information on the subject:

Ban on the concerts of Kaldırım Müzik Topluluğu and Grup Munzur