Hatay Governorship canceled the play ‘Dandelion,’ directed by Cevdet Bayram and starring Sertaç Demir to be performed at CultureCenter Theater Hall a few hours before the performance without showing any grounds in the related notice. Actor Sertaç Demir noted that the cancellation was because of the word “testicle” in the play being ‘obscene’ and ‘derogatory for social ethics’ in his post. Another notice delivered to Demir from the governorship six days after the cancelation noted that his temporary duty at the governorship was terminated 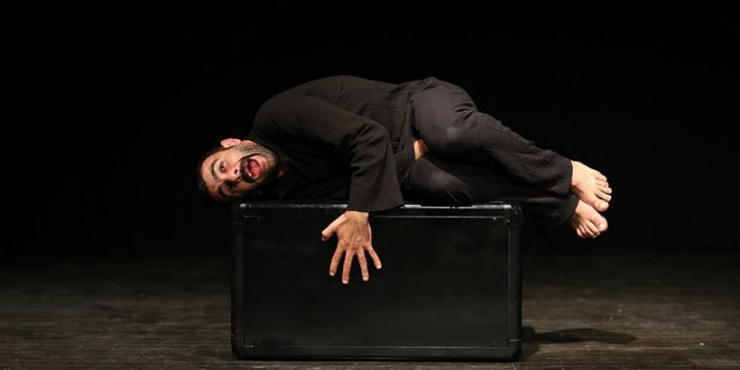 Dandelion, a solo play performed by Mask-Kara Theater since 2014, directed by Cevdet Bayram and starring Sertaç Demir was to be performed at Hatay Culture Center Theater Hall at 20:00 on 27 October 2021. According to the notice delivered to the crew hours before the play, Hatay Governorship announced that they were canceling the play without showing any grounds. Sertaç Demir, staring in the solo play, announced the cancelation decision from his social media accounts with this post: “My play, Dandelion, which was performed more than 50 times in Turkey and 10 times in Hatay and its districts, was canceled by Hatay Governorship due to the word “testicle” in the play being obscene and derogatory for social ethics.” The play will be re-performed at a later day. For your information.”.

We contacted Sertaç Demir and he stated that they applied to Hatay Governorship on 6 October 2021 for the play, however; no notice had reached them until 15:30 on the day of the play, 27 October 2021. He further noted that they requested the text to be sent to the Literary Board of Ministry of National Education in their application on 6 October and no letter of opinion was delivered by the board, which consists of literature teachers.

In addition, Demir informed our platform that they are requesting explanations regarding three aspects of the cancelation decision. The first matter he underlined was no grounds to be shared by the official authorities in the cancelation notice and afterwards and thus, this decision to be arbitrary and the trouble this has caused them.  Another issue was the play they stage to be considered as “obscene” and “derogatory for social ethics” and thus, constitute a “crime.” Demir noted that if the play indeed has “elements of crime” as alleged, why was nothing done before about this play, which was performed more than 50 times all around Turkey, until this decision of cancelation. The final point of Demir was the word “testicle” in the play to be considered as a Latin anatomical term in the dictionaries of Turkish Language Association (TDK) and that no terms such as “obscene” or “slang” to be used in these dictionaries. Demir added that the scene and the line containing this word was taken out of context and presented to them as the ground for cancelation by the individuals or associations who may have understood the context differently.

SERTAÇ DEMİR: “I DON’T THINK THE PLAY IS ‘OBSCENE’ AND ‘DEROGATORY FOR SOCIAL ETHICS'”

Actor Sertaç Demir also shared a public announcement regarding this matter. The full text shared on 28 October 2021 is as follows:

“TO THE PRESS AND THE PUBLIC

The solo play Dandelion, which I adapted from the book with the same title written by the author Sinal Sülin in 2011 and published first by Sel Yayıncılık and then by İletişim Yayınları and which we have been performing with Mask-Kara Theater since 2014, was performed more than 50 times in various provinces and districts of Turkey. Despite the fact that Dandelion was performed 10 times in districts of Antakya, Samandağ, Arsuz, and İskenderun of Hatay, Hatay Governorship canceled the performance yesterday (27 October) as it was not deemed appropriate by YİKOB.

After long procedures, I received a negative response at 15:30 on 27 October to my application submitted to YİKOB for the Meclis Culture Center’s hall to be allocated to myself via a petition on 6 October.

The cancelation of the play, which tells the story of Adnan ÇUBUK, whose biggest dream is to become a writer, his illness and the dilemmas he faced during unemployment, his identity crisis, and his search for identity in a literary text, in Hatay, the ‘City of Civilizations’ just a few hours before the performance with the allegation that the word “testicle” used by Adnan ÇUBUK solely in a medical context to describe his illness without any defamation, sexuality or swearing to be obscene and derogatory to social ethics caused a great disappointment among the society, mainly among the theater and arts community and theater lovers.

The grounds for the decision, which is claimed to be based on decision dated 25.10.2021 and no. 35407337 of Antakya Provincial Directorate of National Education was not included in the official letter delivered to me and I was informed during the phone calls with our Lieutenant Governor and YİKOB President Yusuf İzci that the real reason was the word “testicle” to be deemed as obscene and derogatory to social ethics. Moreover, the meaning of testicle according to the Turkish Language Association is “Latin, anatomic, testis” and is a scientific term.

In this respect, I do not believe the play-script is obscene and derogatory for social ethics and request the letter of opinion of Antakya Provincial Directorate of National Education to the Presidency of YİKOB within the scope of Right to Information Act.

I also would like to demand relief for the cancelation of the play just a few hours before staging and request a re-assessment of this decision in terms of the public opinion and social conscience of residents of Hatay, the “City of Civilizations.” I also would like Meclis Culture and Arts Center to be allocated to myself and other theater lovers in Hatay as a space for staging plays.

Sertaç Demir, who was expecting an explanation from the governorship after the cancelation of the play, made an announcement on social media on 2 November 2021. Demir noted that he received a notice from Hatay Governorship, where he had been working temporarily for the past four years, notifying him that his temporary duty was terminated as of 1 November 2021, without specifying any legitimate grounds for such termination.

Speaking to our platform, Demir underlined that the governorship always has the right to discharge people assigned by the governorship.  However, he further expressed that he had been doing his job smoothly for the past four years and while there are many others who have temporary jobs like himself, he learned that his employment was terminated while he was awaiting an explanation about the canceled play, and this was rather suspectful.

Morever, Adana MP of People’s Democratic Party (HDP), Tülay Hatimoğulları filed a parliamentary question regarding unjustified termination of Demir’s temporary duty and introduced the issue to the agenda of the parliament.

The rise of self-censorship in the ‘golden age of theater’