Hulusi Şahin, the incumbent trustee, is having a decorative pond built on the site of Yılmaz Güney Movie Theatre which had remained vacant since his predecessor had it demolished 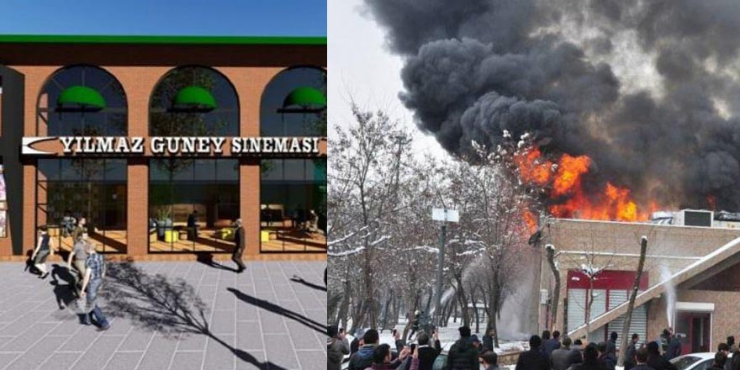 It has been revealed that the fenced-in lot where once stood the Yılmaz Güney Movie Theatre in the city Batman, Turkey, demolished shortly after a suspicious fire in 2017 which made it unusable, will be converted into a decorative pond and added to the limits of the adjacent Atatürk Park.

Following discussions on social media by individuals who witnessed the works the day before last, it has been discovered that a decorative pond is to be built in the vacant lot as per the decision of the trustee Hulusi Şahin, according to information from Mesopotamia Agency (MA) sources within the municipality. Metin Yoksu of MA has reported that excavation work has begun and the fence separating the lot from Atatürk Park has been removed and pipes have been laid in the excavated area.

A SIGNIFICANT PREVIOUS ASSET FOR BATMAN

Having made considerable contributions to Batman’s culture and arts scene since its opening, the Yılmaz Güney Movie Theatre had become an important asset to the city in a very short time.

Though demolished by the then-trustee Ertuğ Şevket Aksoy in the wake of a suspicious fire, the theatre remained on the agenda through discussions on whether or not to rebuild.

In a survey administered by the trustee administration, the people had been asked if “a mosque or movie theatre should be built in its place or it should be left as a recreational area” yet the survey had been scrapped when protests from the people in favour of a movie theatre had weighed in as the prevalent answer.

CITY COUNCIL HAD VOTED FOR RECONSTRUCTION

The co-Mayors Mehmet Demir and Songül Korkmaz who were elected with 66% of the vote in the March 31, 2019 elections have brought the issue – one of their campaign promises – to the first assembly of the city council which had decided for the reconstruction of the Yılmaz Güney Movie Theatre in its former place.

However; the project could not be tendered due to the severe debt left by the previous trustee Ertuğ Şevket Aksoy and the reconstruction was pushed into the 2020 budget. The new trustee, Hulusi Şahin, who was appointed on March 23, 2020 had shelved the project yet again.

The challenge of censorship for Kurdish documentaries