Mahmut Alınak, Kurdish writer and politician, was released at the first hearing of the case brought against him with a motion for life in imprisonment. Alınak had been in prison for two months 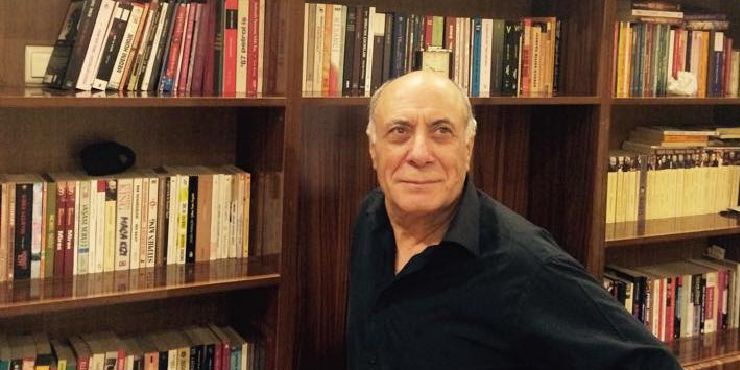 Put under arrest by the court he was brought before on 17 February, in Kars, with the accusation of “breach of national unity and territorial integrity of the state”, Mahmut Alınak, writer and politician, was released at the hearing of the case by the 2nd Heavy Penal Court. Alınak’s release was announced by his lawyer and son Bişar Abdi Alınak on social media.

LIFE IMPRISONMENT WAS MOTIONED FOR ALINAK

Life imprisonment was motioned for Alınak, with the claim, “allowing another country to rule part or whole of Territorial land, or breaching national unity, or separating a certain portion of the territory under the sovereignty of the state from state’s administration and weakening the independence of the State.”

According to the report of Adnan Bilen from Mezopotamya News Agency, the majority of the indictment comprised Alınak’s statements, phone conversations, and phrases found in the books he wrote.

Reconciling families with hostility against each other, petitioning the UN to give Kurdish equal standing with Turkish, intended protests over unemployment and price increases were considered to constitute offenses in the indictment brought against Alınak with the motion for life in imprisonment.

It was revealed later on that the investigation was initiated upon a report made to the Communications Centre of the Presidency, and that, upon the decision taken to the effect, Alınak’s phones had been tapped and he had been kept under surveillance for an extended period of time.

While it is pointed out in the indictment that the decision to take Alınak into custody was given following technical surveillance, Alınak’s being called after a hostility between the two families, his donating the proceeds of his book ‘Mehmet Tunç ve Bêkes’ to the Tunç family, and his initiatives to apply to the United Nations for Kurdish to become an official language was also depicted as ‘felonies’.

Academician, reprimanded and arrested for his social media posts, was released

“Either speak Turkish or shut up!” was written on the school stairs