The Constitutional Court ruled that the 2-year prison sentence given to Kadri Pervane for listening to a Kurdish song with high volume on the public bus he was driving in Diyarbakır is lawful. The ruling stated that Pervane’s “right to freedom of speech was not violated” due to this song, which was deemed as a “terrorist organization propaganda 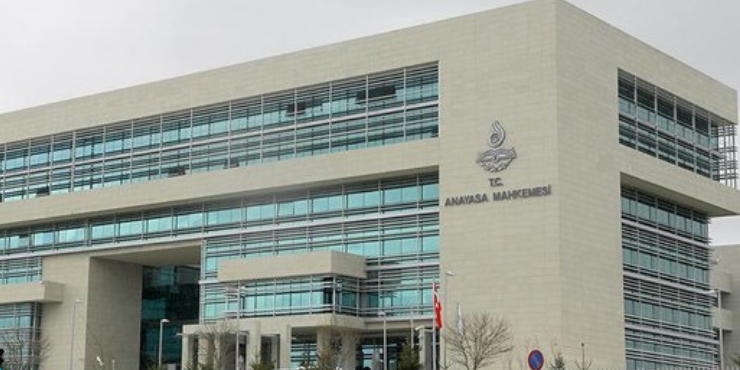 Kadri Pervane, a public bus driver in Diyarbakır, got a warning from a police officer traveling on the bus for listening to “Biji,” a Kurdish song on May 25, 2012, while traveling with the passengers on the bus. The police officer reported Pervane, who replied, “Music is universal. No one can interfere with it. I will not turn it off,” to 155 Crime Report Line.

According to the news of ANKA News Agency, the police officer claimed that Pervane said, “Go, sit down you clown, you weasel,” and “Report me to whoever you want. Your state cannot do anything to me. You do not know our past. What has your state ever done for us?” A lawsuit was filed against Kadri Pervane by Diyarbakır 5th High Criminal Court with the allegation of “terrorist organization propaganda.” The bill of indictment noted that there are 68 “music tracks that can be deemed as terrorist organization propaganda and ‘Biji,’ a song performed by an artist name Diyar, is the 40th song on the CD” played by Pervane within the vehicle. The indictment further noted that Pervane committed the crime of “terrorist organization propaganda by praising terrorist organization members and leader, supporting their activities and trying to impose these ideas on the passengers by listening to the songs on the CD with high volume and making the passengers listen to them as well.”

The court sentenced Pervane to 2 years in prison at the end of the lawsuit. After the ruling was appealed, the 16th Criminal Department of the Court of Cassation approved the sentence given by the local court in 2015.  Pervane submitted a personal application to the Constitutional Court (AYM) on July 7, 2015, with the allegation that “his right to freedom of expression and right to a fair trial were violated.” The ruling of AYM, which was passed unanimously, was published on the Official Gazette dated September 30, 2021, and indicated that the appeal of Pervane with the claim that “his right to freedom of speech was violated” was “unacceptable” as it “clearly lacked basis.” It was announced that Pervane’s allegation of “violation of the right to call witness” in his application under the right to a fair trial was rejected with the grounds “exhaustion of remedies” and his allegation of “violation of the right to trial at an independent and objective court within a reasonable amount of time” was rejected as “it clearly lacked basis.” AYM’s ruling stated that the 2-year prison sentence given to Pervane “corresponded to an obligatory social need, is proportionate, and this intervention is not against the democratic social order.”

Academician, reprimanded and arrested for his social media posts, was released

Ban on the concerts of Kaldırım Müzik Topluluğu and Grup Munzur