In Turkey, musicians İbrahim Gökçek and Helin Bölek, who have been on indefinite hunger strike and in critical condition, were forcibly taken by an ambulance to the Ümraniye Training and Research Hospital for “forced intervention” 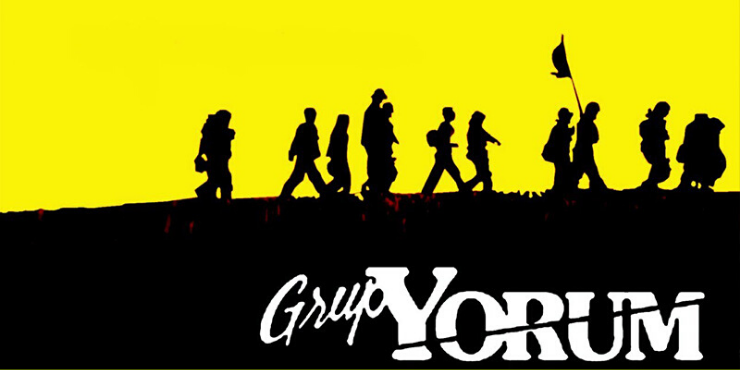 Grup Yorum members İbrahim Gökçek and Helin Bölek, who have been on indefinite hunger strike and in critical condition, were forcibly taken by an ambulance to the Ümraniye Training and Research Hospital for “forced intervention” following a police raid into the “Resistance House” from where they continue their strike action. The police blockaded the hospital, clearing everyone out except for Bölek and Gökçek’s family. Two musicians are being held in the hospital with the decision of the Istanbul 18th Magistrates’ Court based on Article 432 of the Turkish Civil Code on the basis of  ” having a mental illness, mental weakness, alcohol or drug addiction, infectious disease or stupor with severe danger”.

In a statement, the People’s Law Bureau (Halkın Hukuk Bürosu – HHB) said their clients were abducted and the Counter-Terrorism Department refused to reveal their whereabouts. For six hours HHB lawyers could not reach their clients, who are at a critical stage of indefinite hunger strike, checking each and every hospital in search of them. HHB also noted that police officers from the Counter-Terrorism and Special Operations Departments raided into their clients’ house, rifling through for two hours during which they handcuffed behind the back and tortured their clients, family members, and companions present in the house.

HHB said their clients were in good condition, yet the police were waiting in the doorway of their clients’ hospital room and there was an ongoing threat of forced intervention. HHB also reported that Gökçek and Bölek had signed a document, declaring they would not accept any intervention in case they fell into a coma.

Police intervention at the funeral of İbrahim Gökçek