An investigation was launched against Hifzullah Kutum, who is a research assistant in the Finance Department of Elazığ Fırat University, by the faculty dean for his social media posts. Then, Diyarbakır Bar Association announced that Kutum was arrested on 6 November and released on 10 November 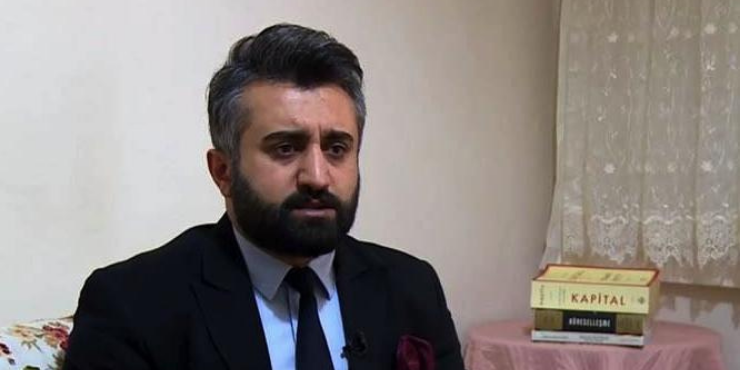 An investigation was launched and a warning was issued to Hifzullah Kutum, a research assistant in the Finance Department of the Faculty of Economics and Administrative Sciences of Elazığ Fırat University by the faculty dean for the message “Şoreşa Îlonê hemû Kurdan piroz be, Bijî Kurdistan” (Happy September Revolution to all Kurds. Long live Kurdistan)” and the image of Mele Mustafa Barzani he shared via his social media accounts.

In the news article prepared by Abdulselam Akıncı from Rûdaw, Kutum stated that he is an academic who has been conducting Kurdish studies for a long time and has an increasing awareness of Kurdishness, and conveyed the following information about the investigation:

“I am a person influenced by Kadi Muhammed and also, by Mele Mustafa Barzani. On the anniversary of the September Revolution, I published a message congratulating the September Revolution on my Twitter, Whatsapp, and Instagram accounts. In the image I shared, there is Ala Rengin, the flag of Kurdistan, and the image of Nemir Mele Mustafa Barzani. I wrote ‘Şoreşa Îlonê hemu Kurdan piroz, Biji Kurdistan’ underneath. Later, Ali Sırrı Yılmaz, known as an idealist in my school, made a complaint to Dean Kenan Peker, stating that he would complain about me to CIMER. Then an investigation was launched against me. The investigation was carried out, and as a result of the investigation conducted by İzzet Taşer, I was given a reprimand.”

Kutum, who was asked to defend himself during the investigation, was asked why he shared this post and whether the expression in the image and the post “contains a threat/intention to the territorial integrity and border security of the Republic of Turkey.”

Kutum replied in writing within the scope of the investigation on 17 September 2021 and stated that he wanted to commemorate and celebrate the September Revolution, which played a very important role in the Kurdistan region gaining its autonomy, that the September Revolution was a popular uprising initiated under the leadership of Immortal Leader Mele Mustafa Barzani against the oppressive totalitarian rule of the period in Iraq, and to underline the process from the establishment of the Kurdistan Region and until the overthrow of Saddam Hussein. He added that the founding leader of the Kurdistan Democratic Party, Mustafa Barzani, was an important and respectable figure for all Kurds. He expressed that the Kurdistan flag in the image is the official flag of the Kurdistan Region today and stated that the expressions in the image do not contain a threat/intention against the territorial integrity and border security of the Republic of Turkey. He also drew attention to the fact that the expression “Kurdistan” in the image and the flag of Kurdistan were used in the official contacts between Turkey and the Kurdistan Region Administration.

FIRST, AN INVESTIGATION WAS LAUNCHED AGAINST HİFZULLAH KUTUM AND THEN, HE WAS ARRESTED

Diyarbakır Bar Association announced on 6 November on social media that first an investigation was launched against Hifzullah Kutum and then stated he was arrested as a part of the investigation. The following statements were used in the statement made on the official Twitter account of the bar association: “Our Bar Association Board Member Atty. Mehdi Özdemir and our Bar Member Atty. Mehmet Emin Aktar visited Elazığ to provide legal support in the investigation initiated due to Hifzullah Kutum’s post on his social media accounts within the scope of freedom of expression. An arrest warrant was issued as part of the investigation. We believe this investigation and the arrest warrant are a clear interference with freedom of expression. Discriminatory and unlawful policies towards Kurdish identity and the geography of Kurdistan should be abandoned and respected in order to observe the pluralism of the society, and Hifzullah Kutum should be released immediately.”

What does İlhan Sami Çomak want? (1)