Various sentences, including “Either speak Turkish or shut up!” was written on the stairs of a middle school in a Kurdish-dominated neighborhood in Seyhan district of Adana 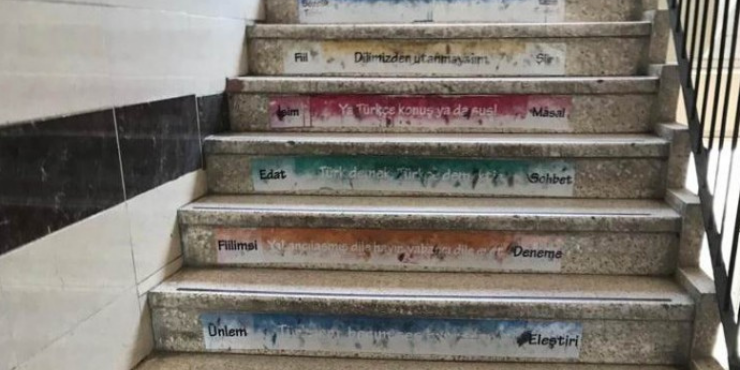 Various sentences, including “Either speak Turkish or shut up!” was written on the stairs of 125. Yıl middle school in Kurdish-dominated Onur neighborhood in Seyhan district of Adana.

According to the news of Mezopotamya Agency, sentences regarding Turkish were written on the each step of the 10-step stairs in the school, but some sentences included racist expressions. Some of the expressions, some of which seem to be obscure, were as follows: “Let’s not be ashamed of our language,” “Either speak Turkish or shut up!” “Turk means Turkish,” “There is nothing missing in Turkish, what about you?” “Turkish will not thorn your tongue,” “He who loses his language loses his country,” “No to an alienated language, yes to a foreign language.”