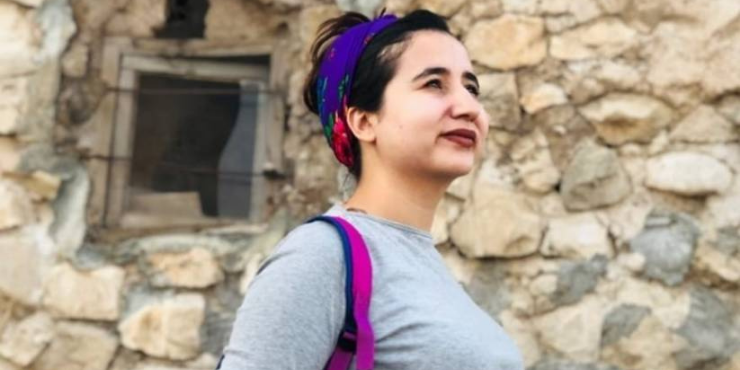 An indictment was issued by the Mersin Chief Public Prosecutor’s Office with the accusation that musician Dilan Demir is an “organization member” on the grounds of open and anonymous witnesses. According to the news article of Jinnews, by the accepted indictment a case was filed by the Mersin 2nd High Criminal Court against Demir for being an “organization member.” Musician Demir didn’t attend the hearing but her attorney, Sabahat Gençtarih was present at the hearing.

The attorney, Gençtarih claimed that her client is not guilty and that the open and anonymous witness statements did not reflect the truth and requested the acquittal of Demir. The court board followed the prosecutor’s opinion and gave a 9-years sentence of imprisonment for being a ” terrorist organization member” on the grounds of the witness statements and requested her arrest.

Regarding the decision of imprisonment, the attorney Sabahat Gençtarih said, “The court did not examine the issues we requested to be reviewed. We asked for HTS records to be brought in but they were not. We also submitted the document attesting that Dilan was working in a job with social security in those years to the case file. The court did not take this document into account. Dilan donated bone marrow to her brother in the same year at the hospital where he underwent an operation for bone marrow cancer and we submitted the document showing this donation obtained through the E-Nabız system. The court did not take this document into account. She underwent herniated disk surgery and we submitted the related document but this again was not taken into account. With a lack of research, a very heavy sentence of 9 years was given. A decision for immediate arrest was given. We will be appealing.”