Ceyhan District Governor’s Office banned the concert of musician Ilkay Akkaya, who was supposed to give a concert within the scope of August 30 Victory Day. Akkaya announced on his Twitter post on August 31 that the Governorship of Mardin also banned her concert to be held on September 24 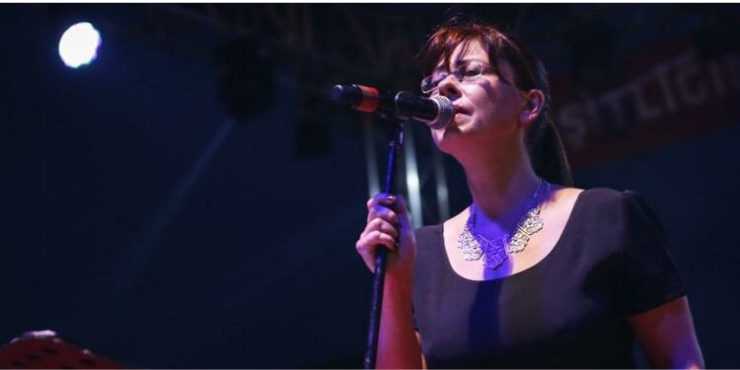 According to the news of Emine Bıçakçı from Medyascope, the district governor’s office in Adana’s Ceyhan district banned the concert of musician Ilkay Akkaya, who was supposed to give a concert as part of the August 30 Victory Day, on August 29.

In her statement in the news of Bıçakçı, Akkaya stated that the ruling circles are trying to deepen the polarization in the society by banning concerts and festivals. Akkaya said:

“I think an effort has been started in Turkey to segregate people and prevent different groups from coming together for defending fundamental rights. The process that started with the banning of festivals soon evolved into this and it seems that it will continue like this. In the 2014 local elections, a lynching campaign was launched based on a photo I took in the HDP election office and pressure was put on the civil administration. This is illegal in my opinion. The wishes of the attackers were fulfilled and my freedom of expression was blocked.”

CEYHAN MUNICIPALITY: “SORRY; A NEW ONE WAS ADDED TO CANCELED CONCERTS”

CONCERT ON SEPTEMBER 24 IS BANNED BY THE GOVERNOR OF MARDIN

Following the ban in Adana, İlkay Akkaya shared on Twitter on 31 August that her concert, which was planned to be held in Mardin on 24 September, was banned by the governor’s office “as it was deemed inappropriate.” In Akkaya’s social media message; “Another ban has been added, and it will obviously multiply. I’ve experienced this hundreds of times over 34 years. I sang only the songs of equality, justice, love and freedom in every stage I was on. I tried to convey this feeling to the widest possible area. It will be like this from now on.”

In the official document shared by Akkaya which was transmitted from the Mardin Governorship, it is seen that the following expressions were used as a reason for the ban: “[…] It has been determined as a result of the researches carried out in the national media organs that some of the people in the artist team carried out activities in a way that praised the PKK/KCK terrorist organization ringleader. The concert event in question was not deemed appropriate by our governorship.”