Diyarbakır 8th Assize Court insisted on its sentence of 3 years and 9 months for Azad Bedran, charged with ‘propaganda for a terrorist organization’, despite the appeals court’s reversal of his conviction 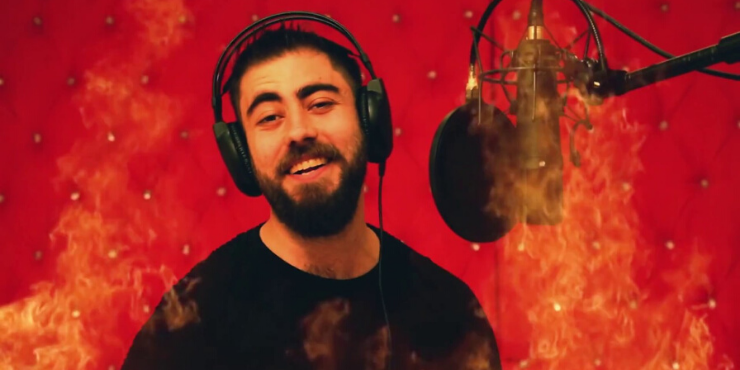 The lawsuit filed against musician Azad Bedran at Diyarbakır 8th Assize Court for “spreading terrorist organization propaganda” in the video he shot for his song ‘Partizan’, which carries the Ministry of Culture sticker (bandrol), the songs (türkü) he sings at his concerts, and his social media posts were tried.

According to the Mesopotamia News Agency (MA), Bedran’s counsel Soran Haldi Mızrak, in his defense plea against the charges brought by the prosecution, requested his client’s acquittal, pointing out that the evidence in the file was not sufficient to conclude that his client had shared the social media posts in question and that the report coming from the Cybercrime Department was inconclusive.

Despite the appeals court’s reversal decision on the basis that Bedran’s social media accounts had not been sufficiently examined and that the initial ruling had been delivered without making sure that the posts were, in reality, Bedran’s, the court did not change its initial ruling. In its new judgment, the panel of judges, considering the manner in which the offence had been committed, the intensity of the intent, the importance and value of the subject of the offence, and the gravity of the danger posed, put into use the penalty increase provisions in law and sentenced Bedran ‘for spreading terrorist organization propaganda’ to 3 years and 9 months.

Reacting to the court delivering the same ruling despite the reversal judgment of the appeals court, Bedran’s attorney Mızrak said they would appeal the ruling.

BEDRAN: “I DO NOT FEEL GUILTY”

Speaking to the Speak Up Platform, musician Azad Bedran stated that although the sentence had been passed in his name, it seemed like it was a condemnation of a people’s culture and art, and added, “I have never felt guilty and I never will because I am a labourer of art, who will continue to sing his songs and indefatigably serve his people.”

Remarking that an oppression policy had been implemented for years to come, Bedran said, “Artists, intellectuals, and writers are in prison at the moment. Many of our artist friends are in exile. But, whatever happens, we know that songs are stronger than laws. History has attested to this countless times and it will again.”