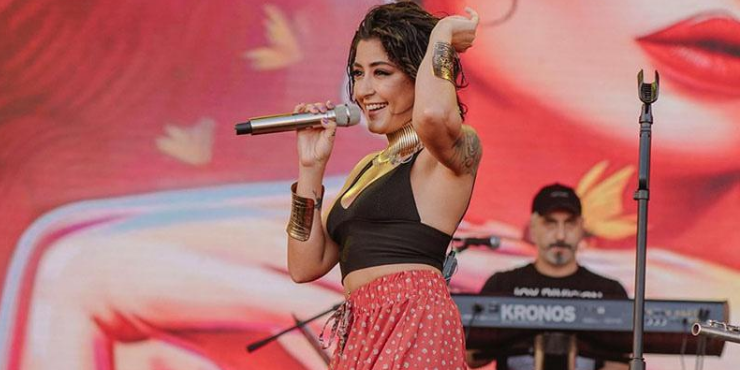 Musician Melek Mosso stated that she was taken off stage during her concert on August 22 in Aqua Florya Hayal Kahvesi concert hall, for saying ‘Istanbul Convention lets (women) live’ before singing the song ‘Keklik Gibi’ and added that she did not talk about this issue to stop it from being blown out of proportion. Mosso broke her silence after Ömer Karahan of Sabah daily wrote ‘Angel Mosso has gone too far’ and openly described what happened on her social media accounts.

‘THEY CALLED THE POLICE AND FORCED ME OFF THE STAGE’

In her posts on social media, Mosso said, “I condemn Ömer Karahan, who made false and fake news in the Günaydın supplement of Sabah daily about the annoying incident that took place at our concert at Aqua Florya on August 22. I sing this folk song, Keklik Gibi, at every concert, as a tribute to the spirits of my female friends who were murdered because of gender inequality, after saying “Istanbul Convention lets live!”. Contrary to what was reported, the song received a standing ovation.

His acquaintances at the concert were uncomfortable with this rhetoric, and they called the police and forced me to leave the stage. I came off the stage showing respect and no difficulty to the police, and I never talked about this issue, to stop it from growing further. Now I understand that I did wrong. It is pointless to try to give the issue a political direction. I want you to remove the story and publish an apology. We have audio recordings of the concert.

‘TRYING TO TURN DOWN THE MUSIC IS A RESULT OF FEAR’

Otherwise, I guarantee that I will lodge a claim with a court based on the available evidence. Let my admirers and listeners never doubt that I will always stand up against inequality. I kindly ask anyone with a video of that night (and the speech) to tag it and post it. Trying to turn down the music, ignoring the critical and societal power of art is only a result of great FEAR. I’M NOT AFRAID!”