Theatre artist Genco Erkal was deposed with the allegations of “insulting the President”, citing his social media posts 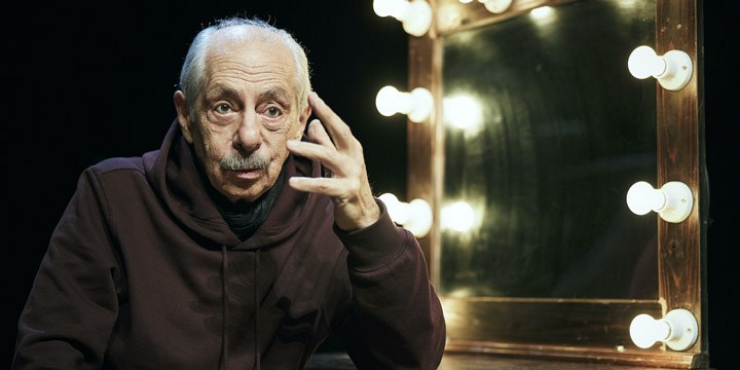 Theatre artist Genco Erkal was summoned for a deposition based on the allegations of “insulting” to President Recep Tayyip Erdoğan.

Erkal, speaking to BBC Turkish, stated that several of his Twitter posts since 2016 were under scrutiny, and a prosecution was brought against him for insulting the President due to several of his posts. The great actor announced that he is going to be deposed at Istanbul Palace of Justice on April 19, 2021, at 14:00 by saying “A prosecution was brought against me for insulting the President. I am going to be deposed on Monday. ” from his Twitter account.

” Yes, I shared those posts. I have been doing political theatre for 60 years. I criticize the injustices, oppressions, inequities, fanaticism that I see in our country and in the world. Hence, I disturb the military and civilian conservative governments with my stance. This is my duty. I never resorted to insulting, as I did not think it would be of any use. I am against the presidential system. I am against restrictions on freedom of speech and imprisoning people because of their views. I am against killing the nature, and concretion. I am against the distorted economic system that makes the poor poorer. I am against bringing religion forward constantly, and religion to be used as a political matter in a secular country. I keep telling these both on social media and on stage, but I never insult anybody. I did not understand how I insulted the President in my posts.”

Prosecutions against Actors Müjdat Gezen and Metin Akpınar were also brought for insulting the Presidency in the past months, and the actors were acquitted.

Video activist Oktay Ince was penalized for ‘defamation of the President’