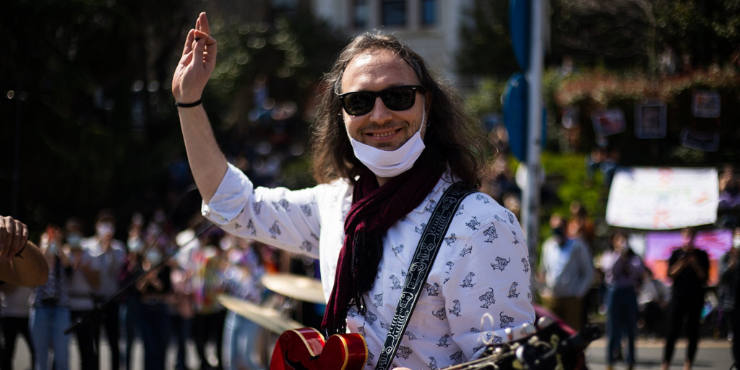 After Melih Bulu, who had been appointed by the President for the rectorship of Boğaziçi University, was removed from office through a Presidential Decree on the 15th of July 2021, his deputy Naci İnci was appointed in his stead. İnci and his administration, following their appointment to office, had canceled the courses taught by research associate Feyzi Erçin, and announced that the positions of research associate Can Candan and the Office Coordinator to the university’s Sexual Harassment Prevention Board Cemre Baytok were terminated, followed by the announcement last week that the jazz courses taught by Seda Binbaşgil for 16 years at the university were canceled.

The government appointed administration most recently announced that the course taught by Özcan Vardar, who had taught Film Editing, one of the major courses in Film Certificate Programme conducted within the Department of Western Languages and Literatures, was canceled one week before the beginning of lessons.

Özcan Vardar shared the cancellation decision over Twitter with the post “The government appointed administration at @UniBogazici who did not let me enter the campus last spring because I had no courses then has just canceled my course to begin one week later. #KayyumlarGidecekBizKalacağız (GuardiansWillGoWeWillRemain) #KabulEtmiyoruzVazgeçmiyoruz (WeAreNotAcceptingWeAreNotLettingGo) #BoğaziçiDireniyor(BoğaziçiResists)”.