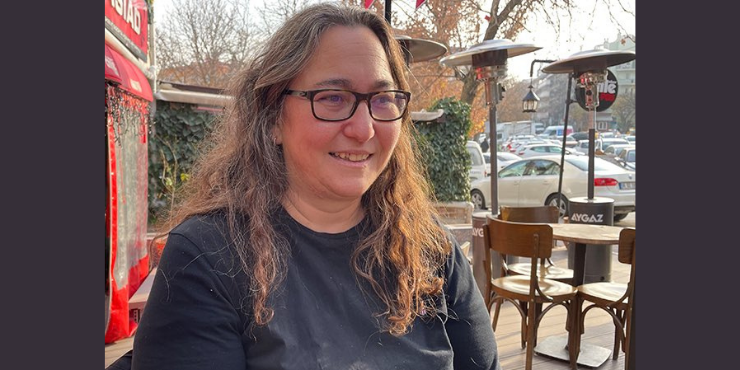 Documentary director and journalist Sibel Tekin was detained after the police had raid her home in Ankara on the morning of December 16, 2022. Tekin, who was referred to the court, was arrested on Saturday, December 17th, on the charge of “membership in a terrorist organization”, after a two-day detention period.

It was learned that Sibel Tekin was taken to Sincan Prison.

It was learned that Tekin was detained as a result of the complaint of the police officers in a police car that entered the frame while he was shooting in Ankara Tuzluçayır for a documentary.

According to the news of the Mezopotamya Agency (MA), Tekin was detained after her house was searched. Police didin’t even let her change the clothes she was wearing, and took her to the Ankara Security Directorate. Tekin’s two computers, many external disks with documentary works, his camera and some of her books were confiscated.

Tekin’s lawyer, Atty. Mehtap Sakinci made a statement in front of the Ankara Courthouse regarding the arrest:

“Sibel Tekin is known for her hard work and efforts to make the violations of rights visible in Turkey. My client was arrested for doing his job… Before all digital documents were investigated, they wanted to considered her a terrorist relying on some of her recordings and documents that do not even show any evidence of crime.