Social media influencer named “Porçay” was given a prison sentence of 4 years 2 months on the grounds of “encouraging the use of narcotic and psychotropic substances”. Ali Gül, the lawyer of Porçay, told that they have tried to explain to the court that everything was just humor and parody since the year 2018 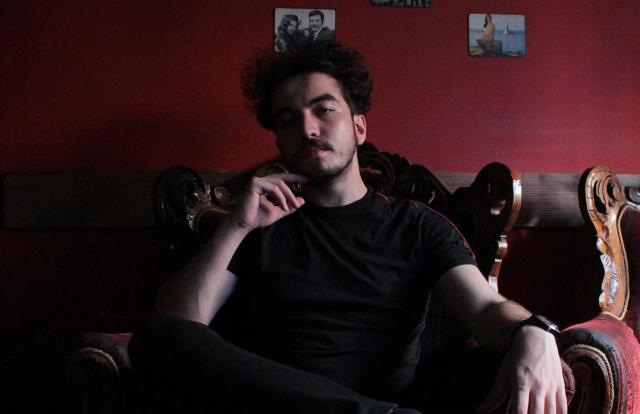 A jail sentence of 4 years 2 months was given to the social media influencer named Porçay, known with parody videos he made for YouTube, due to a parody video he had made regarding the rap musician Ezhel back in 2018 on the grounds of “encouraging the use of narcotic and psychotropic substances.” Making a statement over his social media account after the decision, Porçay said, “Because of the Ezhel parody I made, the judge gave me today a jail sentence of 4 years and 2 months.” He went on to say, “I am yet to comprehend the reality of the situation really, so it wouldn’t be right to talk about it at the moment, I will be describing what I have been going through in a video soon.”

Through the case proceeded at Istanbul 18th Criminal Court of First Instance, Porçay was demanded to be punished with a sentence of 5 to 10 years imprisonment due to the parody video he made with the title ‘I Am Smoking Weed’. The social media influencer stated that he did not accept this allegation in any way and that they will escalate the decision to the court of appeal.

Ali Gül, the lawyer of Porçay, told that they have tried to prove to the court that all was merely humor and parody and that the deduction reached from the video was unacceptable even for the conditions prevailing in Turkey.  The statement made by Lawyer Gül is as follows:

“Porçay received a jail sentence of 4 YEARS AND 2 MONTHS due to a satirical video called ‘I Am Smoking Weed (Ezhel Parody)’ where he made fun of the Turkish rap songs that had constant themes of weed and for which description he wrote ‘he tried to show the dimension of drugs that is not shown in rap music.” We have tried to explain to the court that a joke is a joke for two years. Nor the judge neither the prosecutor managed to understand such an apparent satire. We were able to explain Ezhel through two trial, we presented news from Hürriyet Newspaper.

“THE JUDGE SAID ‘THEY WOULD CORRECT IT DURING APPEAL’ “

“We watched the video again during the last trial. The prosecutor said ‘What kind of criticism is that?’ We all cried out against this after the judge declared the decision. We thought it would be a clean acquittal. Could a person really get a jail sentence for encouraging drug use because he made fun of drug use themes in songs? How could such a nonsense happen? Yet it did. The judge regretted the decision after he declared it. He said ‘Well, they would reverse it at appeal court then’ and even advised us, saying ‘Not my place but I think you should add these to the case file when applying to appeal.’ Man, you are the judge, just give the correct decision? Incredible really. A shameful decision. Today, a person received a jail sentence of 4 years and 2 months because he criticized by way of humor the use of drugs in songs.  Shame on such a legal order.”

EZHEL: EVEN WORDS FAIL TO EXPRESS IT

The rap musician Ezhel also made a post on his social media account regarding the jail sentence for the influencer Porçay, saying “Even words fail to express it.”