The documentaries “Little Black Fishes: Being Children in the Southeast”, and “Rojava, The Revolution by Women” and the project called “1994”, which was not shot, were associated with the crime of “espionage” in the reasoned decision of the Constitutional Court on Kavala 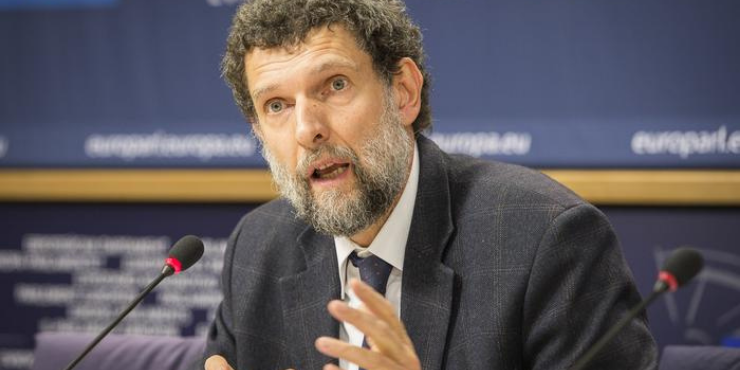 The Constitutional Court declared the reasoned decision on the businessperson Osman Kavala, who has been detained for 1273 days (as of April 26), on March 23, 2021. It was stated that the right to freedom and security of Osman Kavala under the constitutional guarantee was not violated in the reasoned decision taken by the majority vote of seven members out of eight, based on the individual application of Kavala. Besides, Enis Köstepen from Altyazı Fasikül, stated in his article on the issue that three documentaries mentioned in the reasoned decision were presented as evidence for Kavala committing the “crime of espionage”.

Köstepen states the following on the issue:

“Three documentaries that are stored in Kavala’s flash disk are mentioned in the reasoned decision of the Constitutional Court. These documentaries were included in the prosecutor’s indictment and the reasoned decision of the Constitutional Court on the basis of the indictment as evaluations that Osman Kavala committed the crime of “providing the state’s confidential information for military or political espionage”. The mentioned documentaries are Little Black Fishes: Being Children in the Southeast (2014), Rojava, The Revolution by Women (2018), and a documentary project called “1994”, which we learned that it was not shot. A judicial process is not in place for these documentaries. Little Black Fishes is a documentary that was shown at various events including the 2014 Antalya Film Festival and is open to online access. Osman Kavala explained his relationship with these documentaries during his defense statement on December 18, 2020:

“None of those alleged to be evidence against me in the indictment is related to espionage, and they do not indicate any crime. The documentaries titled Rojava, The Revolution by Women, Little Black Fishes: Being Children in the Southeast, and 1994 are not affiliated neither myself nor Anadolu Kültür, they are just films that were sent to me and are stored in my flash drive on my desk because I have not watched them.”