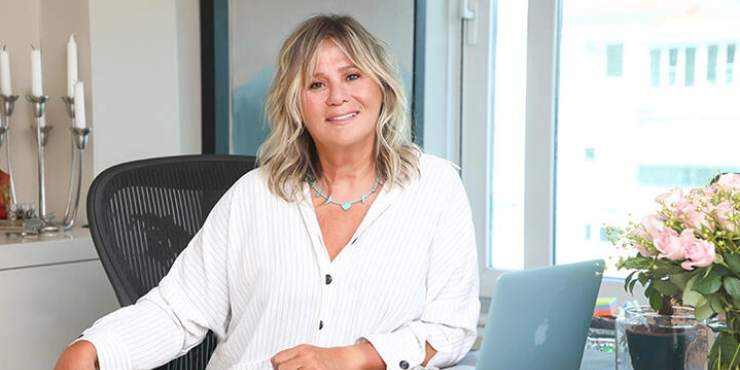 The series Şimdiki Aklım Olsaydı by Ece Yörenç will be actualized in Spain as If Only after being canceled by being censored in Turkey due to a gay character.

Netflix announced at an event in Spain that the If Only series will be realized as a Spanish original series. The Turkish and Spanish creators of the series, Ece Yörenç and Irma Correa, detailed the project at an interview with the Variety magazine.

Megan Montaner will play the lead role in the series created by Ece Yörenç and adapted to the screen by Irma Correa. Boomerang TV in Spain will be the producer of the series. If Only will be the first story that is created by a Turkish creator but became an original production of another country through Netflix. The air date of the series, which will begin shooting in 2021, has not yet been clarified. Therefore, a series that is censored in Turkey and the screenwriter of which had to self-censor can air in a European country.

It was claimed that the recently aired Netflix series Love 101, which attracted attention, had a gay character in its story even before it aired, thereupon the social media accounts that are known for their closeness to the government shared hundreds of posts about embargoing the series, and even canceling it before being aired. Netflix denied the allegations about the character.

ECE YÖRENÇ: I WOULD LIKE TO FORGET THE PAST

The screenwriter Ece Yörenç who told Fırat Yücel from the Altyazı Magazine about being censored during the screenwriting of the series “Şimdiki Aklım Olsaydı”, which became a current issue after the censor allegations of Love 101, stated that her series was canceled due to a gay character in the story. According to Yörenç’s statements in this interview, her crew let Netflix know that they accepted to exclude the said character from the series. Netflix stated that they could not accept such censorship after the meetings with the Radio and Television Supreme Council (RTÜK) and informed the series crew that the series was canceled one day before the shooting began.

According to a news in FilmLoverss, in an interview together with Irma Correa, the screenwriter Yörenç answers the following to the question about the process that led to Şimdiki Aklım Olsaydı being canceled in Turkey:

“Turkish Ministry of Culture has the authority to cancel the series based on its portrayal of the country. Even though they did not exert this power before, they did for my series and did not indicate a clear reason. But we know that it is because there is a gay character in the story.” Yörenç answered the following to the question “Was this decision final?”: “They expected us to change the script, and meet their requirements. Neither I nor Netflix accepted to change the original script and we decided to cancel the series. But now I want to really focus on the exciting and energizing project that I have. I would like to forget the past.”

According to an interview in Variety, the series If Only focuses on what happened to an unhappy woman in her 30s named Emma who has been married for 10 years. According to the story told by Yörenç, if Emma knew then what she knows now, she wouldn’t have married her spouse Nando. One day, she tells Nando that she is trapped in a routine that lacks romance and excitement, and wants a divorce. On the same day, a lunar eclipse that takes place every five hundred years occurs and the whole world observes it. The effect of the eclipse causes an error in time that takes Emma back 10 years, to her 20-year-old body with her current mind, and a great adventure begins for Emma. Life has given her another chance to ponder who she is and what she wants to be with the advantage of knowing what awaits her in the next 10 years.