Ebubekir Şahin, the President of Radio and Television Supreme Council (RTUK), sent instructions to television channels to use visuals of empty streets instead of crowded places during the lockdown. President Sahin said he had made a “constructive reminder as required by his duty” 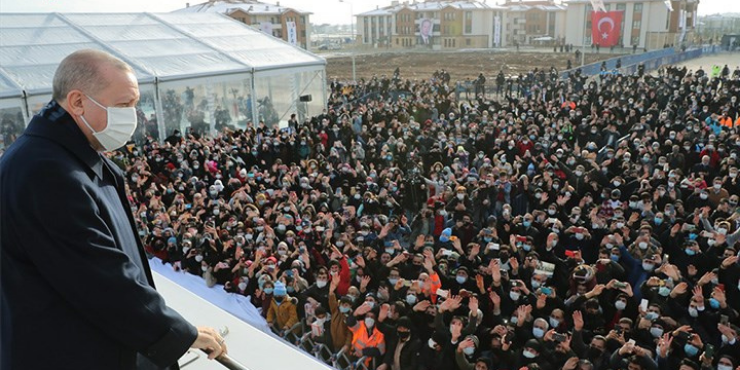 Ilhan Tasci, a member of the Radio and Television Supreme Council (RTUK) from the opposition party CHP, posted on his Twitter account on May 2 that the President of the Council, Ebubekir Şahin, had sent instructions to the directors of television channels via a special line not to use visuals of crowded places. Meanwhile, the images of crowded congresses organized by AK Party have been receiving great public criticism.

Following Tasci’s statements, Council President Ebubekir Şahin wrote on Twitter, “Manipulating our very clear and simple reminder sent as required by our duty was just as expected from this distorted mindset. The malevolent mindset found the streets and agenda empty and was pleased as punch. It is a shame. The purpose of our reminder is to contribute to successfully ending the period of complete lockdown, which we have put a lot of effort into nationally for our health. Despite all the intimidation efforts, we will continue to do our job properly.”

“SENSITIVITY TO THE USE OF EMPTY STREET AND AVENUE IMAGES”

The full text of the instruction, which was also reported by Gazete Duvar and was allegedly sent to media organizations, is as follows:

It was found that some of the visuals broadcast on television channels were published without specifying their archival nature. Especially during the full lockdown period, the display of images of crowded places in the background in many television programs, in news reports particularly, leads to a misunderstanding that people are not following the rules and the law enforcement agencies are not performing their duties. As is known, the subparagraph (ı) of the first paragraph of Article 8 of the Law No. 6112 on the Establishment and Broadcasting Services of Radio Stations and Television Channels stipulates that “…it is mandatory to specify the archival or re-enacting nature of visuals and the source of news received from other agencies or media outlets.” For this reason, in order to conclude the full lockdown period, which we have been carrying out with great sacrifices by the entire nation, it is necessary to show sensitivity to the use of visuals displaying empty streets and avenues instead of visuals of crowded places, and in necessary cases, it should be specified that visuals have an archival nature.
We kindly request you to take necessary action and we wish you nice working day.

President of the Radio and Television Supreme Council”