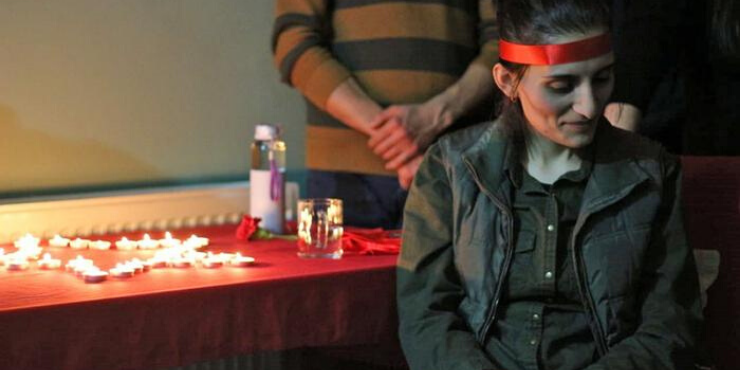 Speak Up Platform / P24 Independent Journalism Platform and Freemuse made a statement after the death of Helin Bölek who had been on hunger strike due to pressures against Grup Yorum. In the statement titled “We are deeply saddened by the death of Helin Bölek, a member of the Group Comment”, a call was made to remove the pressures on the Grop Yorum.

“Freemuse is devastated by the outcome of this hunger strike. We strongly urge the Turkish government to take responsibility in providing better protection to artists and reconsider its policy and practices on freedom of artistic expression including accepting demands of Grup Yorum members,” said Dr Srirak Plipat Freemuse Executive Director.

Due to Grup Yorum’s political songs, the Turkish government deemed the members as terrorists and jailed several group members on the charges of “membership of a terrorist organization.”

According to the Grup Yorum Solidarity Committee, Grup Yorum’s guitarist, İbrahim Gökçek and 5 other group members have been placed on the “most wanted terrorists” Turkish list. There is a reward of 300,000 Turkish lira (46,000 euros) set on each of them. Gökçek has been jailed for almost 2 years based on a “secret witness” statement and without any indictment or court hearing.

According to the Grup Yorum Solidarity Committee, the members on hunger strike, have stated the following demands:

Freemuse and Susma Platformu (Speak Up Platform) / P24 Platform for Independent Journalism continue to call for the Turkish authorities to release detained musicians,  end illegitimate restrictions of freedom of artistic expression of the group and accepting the demands of striking artists.

We urge you now more than ever to take actions calling on the Turkish authority to end human rights violations and accept the demand of Grup Yorum by signing the petition.

You can learn about the pressure that Grup Yorum has been facing in Turkey and also about the members of the group who had been and have been on hunger strike through the video that Freemuse and Speak Up Platform published.