First, charges were pressed against Ersan Pekin because of his book which was deemed “obscene” by the Ministry, then allegations of an arrest warrant being issued for the author made it to the news 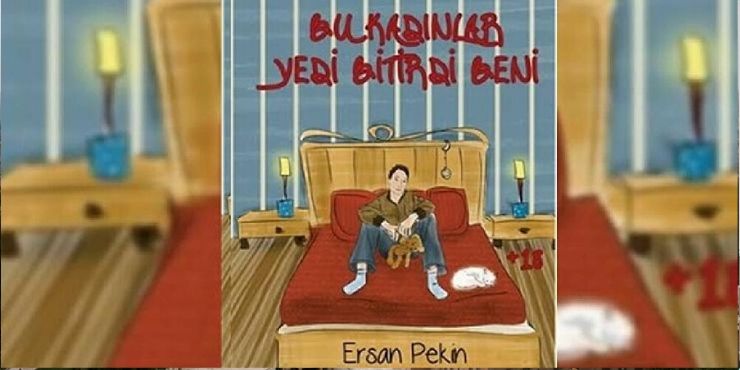 Sales and display in stores and shop windows of the book titled “Bu Kadınlar Yedi Bitirdi Beni” (Consumed by Women), written in 2013 by Ersan Pekin and published by İkinci Adam Publishing Company, had been banned last February by the Ministry of Family, Labour and Social Services .

Later, in July 2020, a lawsuit was filed against Pekin on grounds of “obscenity” (Turkish Penal Code Article 226/2).

The first hearing of the case, where the author is facing a penalty of up to 3 years of imprisonment, was held at İstanbul Anatolian Courthouse 2nd Criminal Court of Peace, on September 22, 2020.

After the hearing, upon a news report published by Düşünce Suçuna Karşı Girişim (Initiative for Freedom of Expression) on September 23 announcing that an arrest warrant had been issued for Pekin, Susma Platformu (Speak Up Platform) contacted the publishing company, which stated that the warrant might have been issued because of the author not attending the hearing.

According to the news report on Düşünce Suçuna Karşı Girişim, the author had come into contact with a Covid-19 patient and was therefore in quarantine and that the warrant was still issued despite the fact that he notified the court, first by phone, informing them he had come into contact with a person with Covid-19, and then he submitted the report stating that he was “risky” by courier to the court.

So far, Ersin Pekin has not made any statements on the issue. The novel tells the story of a person who suffers from nymphomania.